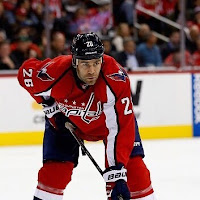 Here are the 3 stars of the day:

3. Daniel Winnik. The Capitals' 4th liner scored 2 goals to lead his Capitals to a 2-1 win.

2. Richard Panik. Panik's hatrick led the Blackhawks to their first win of the season, a 5-3 victory over Nashville. 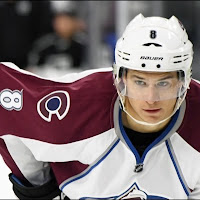 1. Joe Colborne. In his Avalanche debut, Colborne recorded a hatrick to power the Avalanche a 6-5 win over Dallas. Head coach Jared Bednar got his first win as a head coach because of Colborne's goals.

Those were your 3 stars of the day.

In the NHL, there was a lot of news. First, Mitch Marner scores first NHL goal, and his mom misses it. Canuck Loui Eriksson, in his Canuck debut, scores in his own net. G Carter Hutton wins his Blues debut. Maple Leafs name top 100 players all-time, and retire 11 numbers, including Dave Keon, who was named no.1.