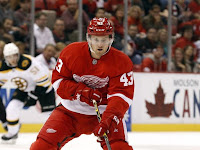 2. Gabriel Landeskog. Against the reigning champs, Landeskog tied it up in the 3rd and won in OT for his Avs. 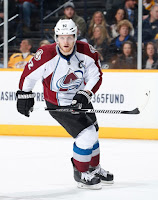 1. Mike Green. Even though the defenseman had 30 goals one year, he never recorded a hatrick. That's what Green did last night against the Senators. Besides 3 goals, Green was a fantasy beast with 4 PIM as well. 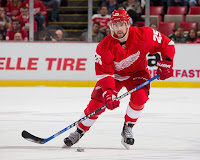 And those are your 3 stars of the day.
There wasn't much news yesterday but there was some. The top headlines were:
Lightning set to honor former captain and franchise goal-scoring leader Vincent Lecavalier. Braden Holtby's world cup mask sells for more than 27,000 on an auction. LW Jimmy Vesey scores first NHL goal.
And that will conclude the 5th edition of a day in hockey.