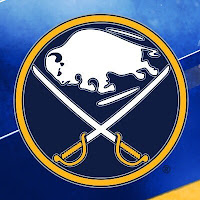 The Buffalo Sabres saw free agency as their chance to get another star player. Kyle Okposo then signed with the team on a 7 year deal. Unlike most teams, the Sabres' depth wasn't hurt too much. They did lose goalies Chad Johnson (CGY) and Nathan Lieuwen (COL) but then signed Anders Nilsson to replace Johnson as the backup. Forward Chad Ruhwedel went to Pittsburgh but the Sabres didn't really need him. 7th d-man Matt Donovan signed with Frolunda HC but they signed Justin Falk (not the Hurricanes star Justin Faulk) to replace Donovan. The defensive core is solid with young star Rasmus Ristolainen leading the way. The offense is full of young stars like Ryan O'Reilly, Sam Reinhart and Jack Eichel. In net is Robin Lehner looking to bounce back after an injury sidelined him for a while. Nilsson should fit in well as a backup. In the 2016 NHL draft, with the 8th overall pick, the Sabres selected LW Alex Nylander. Nylander, brother of William Nylander on the Maple Leafs, could fit in well on a future line with Jack Eichel and Sam Reinhart. The Sabres' predicted lineup looks like this:
Evander Kane- Ryan O'Reilly- Kyle Okposo
Tyler Ennis- Jack Eichel- Sam Reinhart
Marcus Foligno- Zemgus Girgensons- Brian Gionta
Matt Moulson- Johan Larsson- Nicolas Deslauriers

On defense is:
Dmitry Kulikov- Rasmus Ristolainen
Josh Gorges- Zach Bogosian
Jake McCabe- Cody Franson
Robin Lehner and Anders Nilsson in net. C Cal O' Reilly and D Justin Falk are scratched.
For my prediction, the Buffalo Sabres will not be a playoff team in 2016-17 but will make the playoffs next year if they don't screw up big time.
Posted by Carter at 7:58 PM