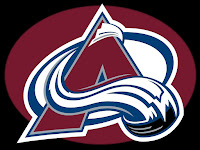 The Colorado Avalanche did a solid job in the off-season despite having about all their depth leave. They lost d-men Andrew Bodnarchuk (DAL), Nate Guenin (ANA), Zach Redmond (MTL) and Brandon Gormley (NJD) but re-signed their top defenseman (Tyson Barrie) to a 4 year deal. To replace those d-men, they signed Fedor Tyutin and Ryan Stanton to one year deals. Patrick Wiercioch was signed to a 2 year deal for more defensive depth. Forwards Mikkel Boedker (SJS), Shawn Matthias (WPG) and Taylor Beck (EDM) are all out of town and C Joe Colborne and Ben Smith are in. Joe Whitney and Mike Sislo, who were both signed to one year deals, will fight for a 4th line spot but mostly will be scratched. Goalie Semyon Varlamov is looking for another solid season with Calvin Pickard having the backup spot easily with the departure of Reto Berra. Youngster Nathan Mackinnon had an amazing world cup for team North America and Gabriel Landeskog and Matt Duchene were solid for Sweden and Canada. In the 2016 NHL draft, Colorado selected C Tyson Jost with the 10th overall pick. It's questionable why they picked a center when you already have centers Nathan Mackinnon and Matt Duchene. Jost can play alongside LW Gabriel Landeskog and Mackinnon if they decide to put one of them on the wing. He might also play with Duchene or RW Mikko Rantanen. The Avalanche's projected lines look like this:
Gabriel Landeskog-Matt Duchene-Nathan Mackinnon
Joe Colborne-Carl Soderberg-Jarome Iginla
Blake Comeau-Mikhail Grigorenko-Mikko Rantanen
Andreas Martinsen-John Mitchell-Cody McLeod
On defense is:
Eric Gelinas- Erik Johnson
Tyson Barrie- Nikita Zadorov
Francois Beauchemin- Fedor Tyutin
Seymon Varlamov and Calvin Pickard are in net. D Ryan Stanton and LW Joe Whitney are scratched.
For my prediction, the Colorado Avalanche, a contending team with a solid future will just miss out on the playoffs in 2016-17.
Posted by Carter at 10:05 AM