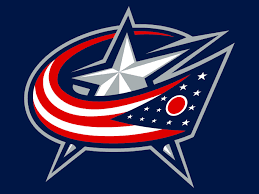 The Columbus Blue Jackets seem to underachieve expectations every year. They always are supposed to make the playoffs or contend for a spot but come up with a last place finish. They started off 0-8-0 until hiring John Torterella, but they remained a .500 team. When you talk about the Blue Jackets' off-season, you're not talking about much. They signed C Sam Gagner to a one year deal. They lost D Justin Falk to Buffalo but he's really just depth. The only really "notable" thing they did in the off-season is trade prospect LW Kirby Rychel to the Maple Leafs in exchange for D Scott Harrington and a 5th round pick. Captain Nick Foligno leads an offense that could use an improvement. The leader of the team is 23 year old d-man Seth Jones. Goalie Sergei Bobrovsky was amazing in the world cup for team Russia and hopes to rebound after a terrible 2016-17 campaign. Columbus is hoping Joonas Korpisalo can have a breakout year as a backup because Curtis McElhinney is 33 and declining. In the first round of the 2016 NHL draft, the Blue Jackets selected C/LW Pierre-Luc Dubois with the 3rd overall pick. It's questionable why Columbus picked Dubois over RW Jesse Puljujarvi who seems to be what Columbus needs more but Dubois is still a solid prospect. He can center Nick Foligno and Brandon Saad in the future. The Blue Jackets' projected lines look like this:
Brandon Saad-Boone Jenner-Cam Atkinson
Nick Foligno-Brandon Dubinsky-Scott Hartnell
Oliver Bjorkstrand-Alexander Wennberg-Matt Calvert
Sam Gagner-William Karlsson-Gregory Cambell
On defense is:
Ryan Murray- Seth Jones
Jack Johnson- David Savard
Cody Goloubef- Dalton Prout
Sergei Bobrovsky and Curtis McElhinney are in net.  RW Josh Anderson and G Joonas Korpisalo are scratched. David Clarkson is injured.
For my prediction, the Columbus Blue Jackets, a team slowly on the rise, won't make the playoffs in 2016-17.