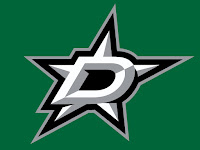 It is hard to tell if the Dallas Stars off-season was good or bad. They lost two quality defenseman in Alex Goligoski (ARI) and Jason Demers (FLA). Kris Russell also was a free agent but has not signed with a team yet. They did dign D Dan Hamhuis to a 2 year deal but it won't be too long until Hamhuis, who is now 33, starts to decline. Dallas also signed RW Jiri Hudler to a one year deal to potentially play along side superstars Tyler Seguin and Jamie Benn. They also have John Klingberg, who is a superstar defenseman and is fairly young. The team has a big problem in net. Both Kari Lehtonen and Antti Niemi are inconsistent and aren't young at ages 32 and 33. In the first round of the 2016 NHL draft, the Stars drafted LW Riley Tufte with the 25th overall pick. Tufte projects to be a career second line LW with Jamie Benn, being one of the best LWs in the league, taking up the first line spot. The strong point of this Dallas team is their center core. They have all-star Tyler Seguin, Jason Spezza, even though he's 33, Cody Eakin (who's hurt) and Radek Faska. The Stars projected lines look like this:
Jamie Benn- Tyler Seguin- Jiri Hudler
Patrick Sharp- Jason Spezza- Ales Hemsky
Patrick Eaves- Radek Faska- Brett Richie
Antoine Roussel- Curtis McKenzie- Adam Cracknell
On defense is:
Dan Hamhuis- John Klingberg
Jordie Benn- Stephen Johns
Johnny Oduya- Jamie Oleksiak
In net is Kari Lehtonen and Antti Niemi. F Devin Shore and D Patrick Nemeth are scratched. C Mattias Janmark and C Cody Eakin (who will be a third line center with Faska as a fourth line center and Craknell scratched when he comes back soon) are injured.
Finally, for my prediction, the Dallas Stars, a good team but one desperate for a goalie, will make the playoffs in 2016-17 and will contend for the Stanley Cup.