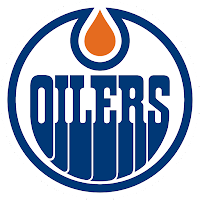 Like all of the NHL teams, the Edmonton Oilers saw free agency as a way to improve their team. But unlike some teams, Edmonton was thinking bigger. That's why they signed LW Milan Lucic to a 7 year deal. Lucic is a perfect scoring/tough guy to go along with the newly-named captain Connor McDavid. Lucic can't only protect McDavid but he can score too. Lucic only has to drive to the net to get a pass from McDavid and score. The Oilers made a questionable trade in the offseason when they traded LW Taylor Hall to the Devils in exchange for only D Adam Larsson. The Oilers did badly need a guy like Larsson but they could've gotten a lot more besides Larsson. The depth in their defensive core was hurt when Nikita Nikitin (KHL) and Adam Clendening (NYR) both left. They signed D Mark Fraser but he's not going to really fill those spots. They signed depth forward Taylor Beck and F Kris Versteeg is on a tryout to improve offensive depth but Edmonton doesn't need that too much. Goalie Cam Talbot isn't good enough to be a starter but Edmonton has him playing as their starter. They signed backup Jonas Gustavsson to a one year deal. In the 2016 NHL draft, the Oilers selected RW Jesse Puljujarvi with the 4th overall pick. While the Oilers could have used D Olli Juolevi, Puljujarvi is a steal at no. 4. While playing with McDavid and Lucic is uncertain, this kid has a future playing with C Leon Draisaitl. The Oilers projected lines look like this:
Milan Lucic- Connor McDavid- Jordan Eberle
Benoit Pouliot- Leon Draisaitl- Nail Yakupov
Patrick Maroon- Ryan Nugent-Hopkins- Jesse Puljujarvi
Anton Lander- Mark Letestu- Zack Kassian
On defense is:
Oscar Kleftbom- Adam Larsson
Andrej Sekera- Darnell Nurse
Griffen Reinhart- Brandon Davidson
Cam Talbot and Jonas Gustavsson are in net. LW Tyler Pitlick and D Mark Fayne are scratched. C Matt Hendricks and D Andrew Ference are injured.
Finally, for my prediction, the Edmonton Oilers, a team on the rise, won't make the playoffs in 2016-17.
Posted by Carter at 9:23 PM