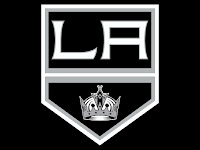 The Los Angeles Kings made a lot of signings this off-season. But they did not make a major signing, which isn't so bad since they already have all-stars Anze Kopitar, Drew Doughty, Jeff Carter and Jonathan Quick. Even though they didn't sign a big free agent, they lost one when Milan Lucic left for Edmonton this off-season. They lost forward Kris Versteeg (who's on PTO with EDM) but replaced him with the signing of Teddy Purcell. They also lost defensemen Jamie McBain (ARI), Luke Schenn (ARI) and Jeff Schultz (ANA). They did sign C Michael Latta, D Zach Trotman and D Tom Gilbert. C Anze Kopitar is undoubtedly a top 5 center in the game and D Drew Doughty won the Norris trophy for best defenseman. In net is Jonathan Quick who is always in the running for the Vezina trophy for best goaltender. After backup goalie Jhonas Enroth went to Toronto, the Kings signed G Jeff Zatkoff after he won the Stanley Cup with the Penguins. The Kings didn't have a first round pick in the 2016 NHL draft after trading it away. The Kings' projected lines look like this:
Tanner Pearson- Anze Kopitar- Dustin Brown
Marian Gaborik(hurt)- Jeff Carter- Tyler Toffoli
Teddy Purcell- Nic Dowd-  Dwight King
Kyle Cliffard- Andy Andreoff- Trevor Lewis
On defense is :
Alec Martinez- Drew Doughty
Jake Muzzin- Zach Trotman
Brayden McNabb- Matt Greene
Jonathan Quick and Jeff Zatkoff are in net. Michael Latta and Tom Gilbert are scratched.
For my prediction, the Los Angeles Kings, a powerhouse in this decade, will make the playoffs and go to the conference finals.