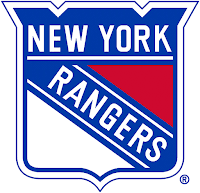 The New York Rangers were involved in the NHL's 3rd biggest trade this off-season when they sent C Derick Brassard to Ottawa in exchange for C Mika Zibanejad. Zibanejad only had a few less points last year than Brassard and is much younger. The Rangers also acquired former Hobey Baker winner (best college hockey player) Jimmy Vesey when Vesey signed an entry level deal with the Rangers in August. They acquired depth players in defenseman Adam Clendening and Nick Holden. They also acquired forwards Michael Grabner, Josh Jooris and Brandon Pirri.
RW Kevin Hayes, LW Chris Kreider, C J.T. Miller and C/LW Oscar Lindberg are all looking to have solid years this year. Also, LW Rick Nash is looking to have a rebound year after scoring 42 goals in 2014-15 and only getting 15 last year. Captain Ryan McDonagh, Dan Giradi, Marc Staal and Kevin Klein lead an aging defensive core. Goalie Henrik Lundqvist is still a top 5 goalie but at age 34 the question is if he can still perform like a top 5 goalie. Backup Antti Raanta is in his second season with the Rangers after a decent first year. The Rangers did not have a first round pick in the 2016 NHL draft.

Finally, for my prediction, the New York Rangers, a win now team with an uncertain future, will make the playoffs in 2016-17.