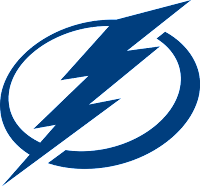 The Tampa Bay Lightning's biggest moves of the off-season by far was re-signing their players. Their face of the franchise, Steven Stamkos signed an 8 year deal to stay in the bay. LW Alex Killorn and RW Nikita Kucherov also re-signed with the club. The only real notable loss was when depth player Jonathan Marchessault signed with the Panthers. To replace him, they signed Michael Bournival to a one year deal.
Stamkos, Kucherov, Ondrej Palat and Tyler Johnson lead a very potent offense that can score. Victor Hedman and Anton Stralman are the heads of a solid defensive core. Tampa Bay has 2 good goalies in Ben Bishop and Andrei Vasilevskiy. Bishop is the older goalie even though he's 29 and he's entering a contract year so a possible trade could come.
In the first round of the 2016 NHL draft, the Lightning selected C Brett Howden with the 27th overall pick. With centers Stevan Stamkos and prospect Brayden Point, picking a center was questionable but Point and Howden are on the same WHL team (Moose Jaw) so the Lightning wanted some chemistry on the team.

In net is Ben Bishop and Andrei Vasilevskiy.
C Cedric Paquette and D Slater Koekkoek are scratched.
Finally, for my prediction, the Tampa Bay Lightning, a team on the rise, will make the playoffs in 2016-17 and contend for the cup.