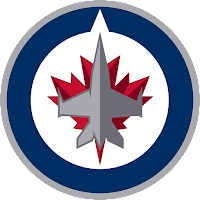 The Winnipeg Jets' season last year was not a good one. They were the only non-competitive team in the Central division but in the end, the Jets won the draft lottery and had the 2nd overall pick in the draft. Their only notable acquisition in the off-season besides the draft was the signing of C/LW Shawn Matthias. Matthias will help on their bottom 6. Drafting RW Patrik Laine with the second pick can change their franchise around but not 100%.
C Mark Scheifele, RW Blake Wheeler and C Bryan Little lead a solid offensive core. Dustin Byfuglien and Tyler Myers lead a solid defensive core. Surprisingly, goalie Ondrej Pavelec was sent down meaning that Connor Hellebuyck and Michael Hutchinson will be the goalies
In the 2016 NHL draft, the Jets selected RW Patrik Laine with the 2nd overall pick and D Logan Stanley with the 19th overall pick. Laine can be a franchise right winger for the Jets and Stanley can be a top 4 defenseman.
The Jets' projected lines look like this:

In net is Connor Hellebuyck and Michael Hutchinson.
C Alexander Burmistrov, RW Chris Thorburn and D Paul Postma are scratched.
Finally, for my prediction, the Winnipeg Jets, a team on the rise, will not make the playoffs in 2016-17.