Trade Block: Players who are most likely to get traded 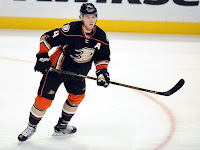 On the trade deadline in the NHL (or Christmas, if you're in Canada,) we see A LOT of trades, some blockbuster, some not. And, I'd say about 30 of the 30 teams make deals on deadline day, even the ones their own fan base didn't really know. Here's who I think is the most likely player to get traded on each team.