Around the NHL: Devils' Cammalleri a healthy scratch 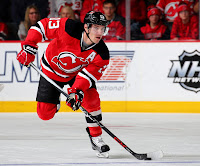 The New Jersey Devils have had a very up and down season. They traded D Adam Larsson for LW Taylor Hall this offseason, and despite injuries, Hall has 37 points (13 goals, 24 assists) in 47 games this season. Right before the season started, the Devils claimed RW P.A. Parenteau off waivers from the New York Islanders. Parenteau has taken off, with 13 goals and 25 points in 55 games. But the Devils are in 7th place in the Metropolitan division with 58 points in 57 games. Some negative news came out of the locker room Saturday when it was announced that LW Mike Cammalleri will be a healthy scratch for Saturday's game against the Islanders. Cammalleri, 34, can be considered a star by some. He has 10 goals and 30 points in 51 games this year, but hasn't scored in 18 games. "I've been, in my opinion, committed to we're trying to do all over the ice," Cammalleri said. "The puck just hasn't gone in, and I'll try to continue to search for solutions. It's something I'm confident changes." The Devils might need Cammalleri to play better, as they have him signed for the next 2 years, owing him $5 million per season, and drastic drop-offs could come. If the Devils want to compete for a playoff spot, they'll need to make trades. That kind of contract can affect a team's salary cap, especially if that player is not preforming well. I don't think the Devils will make the playoffs, but will be sellers at the trade deadline instead. It's not certain if Cammalleri will play Sunday against the Isles, but I expect Hynes will play him. In case your wondering, RW Beau Bennett will start in Cammalleri's place Saturday.
Posted by Carter at 1:52 PM