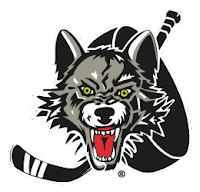 The Vegas Golden Knights have an AHL affiliate. It was announced by the Golden Knights themselves that the Chicago Wolves would be their first affiliate in franchise history.

"American Hockey League affiliates play significant roles in the success of all NHL clubs and we are proud to have the Chicago Wolves as our first in team history," Golden Knights GM George McPhee said in a statement. "I would like to thank [owner] Don Levin, [General Manager] Wendell Young and the rest of the Wolves organization for their commitment to the game and helping young hockey players grow to reach their full potential as professionals. Chicago is without question one of the strongest, most passionate hockey communities in North America. This is a relationship that we truly believe will be mutually beneficial."

"If you look at George McPhee's history, he has always been a general manger who believes that winning is an important part of developing players. Professional playoffs are different than the regular season and he understands that and he wants his players to be ready to win," Wolves owner Don Levin said in the same statement.

The Wolves won the Central division and made it to the second round before losing to the Grand Rapid Griffins (Red Wings affiliate). Their winning percentage, .664, was the highest in franchise history since 2008.

The Wolves have been the St. Louis Blues' affiliate since 2013. They won't renew the contract with the Wolves, but Blues GM Doug Armstrong said he'll send prospects to the Wolves. The Wolves have a past history of being the affiliates of the Chicago Blackhawks, Atlanta Thrashers (now Winnipeg Jets) and Vancouver Canucks. Former NHL stars Chris Chelios, Troy Murray and Rob Brown all played for the Wolves.
Posted by Carter at 4:11 PM