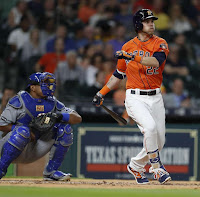 The Houston Astros have placed OF Josh Reddick on the 7-day concussion DL.

To replace Reddick, the Astros called up their 4th best prospect and the 72nd best prospect in the MLB, OF Derek Fisher for his MLB debut.