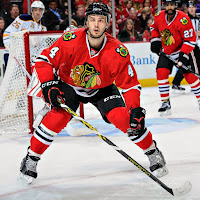 The Arizona Coyotes have acquired defenseman Niklas Hjalmarsson from the Chicago Blackhawks in exchange for defenseman Connor Murphy and forward Laurent Dauphin.