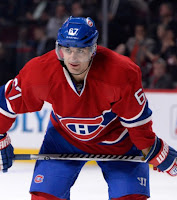 The Vegas Golden Knights have acquired winger Max Pacioretty from the Montreal Canadiens in exchange for winger Tomas Tatar, center Nick Suzuki and a 2019 second round pick.

For the Golden Knights, I don't like this trade. They traded a first round pick in 2018 (Joe Veleno), a 2019 second and a 2020 third for Tomas Tatar at the trade deadline, and now flip him with Suzuki, a 2017 first rounder, and another 2019 2nd for Pacioretty, who only scored three more points than Tatar last year, despite injuries. It's a 20 goal scorer, a big prospect and a second for a 35 goal scorer. But, when healthy, Pacioretty is a star.

For the Canadiens, they are rebuilding, and this helps. Suzuki can be a top-6 center in the future, and Tatar can be one now. The second can also come in handy, should they draft right.

I think the Habs win this trade. Pacioretty is good, but the return could be way better. I guess we need to wait and see what becomes of Suzuki and the 2nd, but for now, I think they'll be better.
Posted by Carter at 1:11 PM