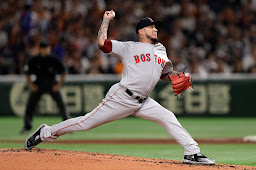 The Houston Astros have acquired RHP Hector Velazquez from the Baltimore Orioles in exchange for a player to be named later.
The Astros need experienced pitchers, especially in their bullpen. Opening Day was less than a week ago, and the Astros have already had seven relief pitchers make their MLB debut (Blake Taylor, Enoli Paredes, Cristian Javier, Brandon Bailey, Brandon Bielak, Andre Scrubb and Nivaldo Rodriguez). Velazquez was claimed off waivers by Baltimore from Boston in March, but he didn't make the team. The Mexican righty has starting experience, and he has had some success over his three year MLB career. With injuries impacted the pitching staff heavily, Velazquez is a fine pick-up. While he threw it less than 17% of the time last year, Velazquez's slider is a pitch that the Astros might look to abuse. The slider had a .125 average against and a 32.9 whiff rate, plus an average exit velocity of 85 mph, all the best among Velazquez's five pitches. The Orioles don't need Velazquez, as he didn't make the team, and when the squad is as bad as they are, getting value from anything is worth it.
Velazquez, 31, had a 5.43 ERA with 49 strikeouts in 56.1 innings for the Boston Red Sox last year. In three seasons for the Red Sox, Velazquez has appeared in 89 games (starting 19 of them), and he had a 3.90 ERA with 121 strikeouts in 166 innings. Velazquez has a career ERA+ of 117.
Posted by Carter at 12:54 PM No comments:

While it may be contaminated right now, "CBP" has a bridge behind the center field batter's eye which bridges left and right field, making traveling through the ballpark a fun experience, as you can watch the game while walking, and you can look over the elevated bullpens in center field. Also, who wouldn't love the Philly Phanatic roaming around?

The left-center seats are much different from the other sections, as they are colored red and separate from everything else, making the park feel unique throughout. To dead center, two walls converge to make a tiny gap far away from home plate, a little quirk that isn't in every stadium. While Yankee Stadium is perfectly average in a boring way, Nationals Park is similar, but in a good way.

The Crawford Boxes in left-center are so unique and odd that it makes Minute Maid Park special. The train on top of the boxes does the exact same thing, and in a cooler way. Right field is a little bland, but that's fine, especially with everything going on in left. Minute Maid could go for a top-three spot, but the infamous Tal's Hill is no longer apart of the field.

While Angel Stadium might not be as high on other people's lists as it is on mine, I've always loved it because of the rocks in left-center field, a really cool touch. While it may not be great for money, having no seats and instead having grass from left-center to center makes the park seem less major league, but more fun. Also, there is a hit it for $1 million can in the outfield.

While most people have it as number one, PNC Park is not there for me, but it is still amazing. The Roberto Clemente Bridge and the Allegheny River work as a great background. The field itself feels small, with little outfield seating, and it is very possible to hit a ball into the river. The very short wall in left makes robbing a home run easier, and that is always fun.

While having four different names since opening in 2000 is not ideal, Oracle Park is the best stadium in the National League. While I'm not the biggest fan of left field, with the biggest thing to point out being a statue of a Coca-Cola bottle and a baseball glove, right field is where it makes it great. Triple alley is one of my favorite on-field quirks, and who could forget McCovey Cove, the body of water in right field that tops PNC Park's Allegheny River.

Our runner-up might have one of the smallest capacities, but it is possibly the coolest park. Fenway has the green monster in left field, which makes it top-five, easily. But, Fenway Park gets a higher ranking because of other things, like the odd configurationof the walls in center field. With the monster, the pesky pole is often overshadowed, but it helps odd home runs occur in right field.

While it would be best for the "Oriole Park at" part of the name to be dropped, Camden Yards is the best MLB stadium. The B&O warehouse trumps the buildings at Petco Park and other places, and it also is the border for a concourse on Eutaw Street that includes a standing room area in right field. Plus, "Boog's", a barbecue place in right-center field run by former MVP Boog Powell, is a great place to eat.

Posted by Carter at 4:33 PM No comments: 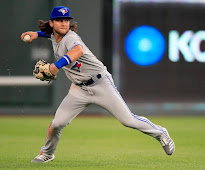 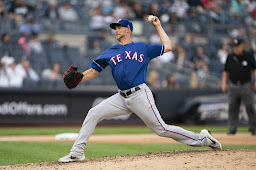 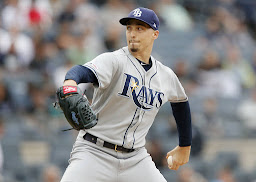 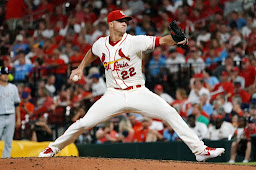