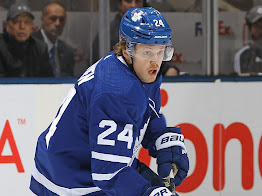 The Pittsburgh Penguins have acquired forwards Kasperi Kapanen and Pontus Aberg, plus defenseman Jesper Lindgren from the Toronto Maple Leafs in exchange for forwards Evan Rodrigues and Filip Hallander, defenseman David Warsofsky, and a 2020 1st round draft pick (15th overall).

Immediately, I loved this trade for the Maple Leafs. When attempting to unload Patrick Marleau and his $6 million cap hit last offseason, the Leafs either had to part with their first round pick, or one of Kapanen and Andreas Johnsson. They chose to trade Marleau and a first round pick to Carolina, and the first rounder became the 13th overall pick. Now, they got a year out of Kapanen, and move two spots back in the draft, and they get a solid bottom six player in Rodrigues and a decent prospect in Hallander. A pending RFA, Rodrigues will probably have a cap hit lower than the $2 million he received from Buffalo and Pittsburgh this past year. Acquired at the trade deadline with Conor Sheary for Dominik Kahun, Rodrigues had a disappointing 2019-20 season after he scored nine goals with 20 assists in 2018-19. If the Leafs don't want Rodrigues, they do not have to tender him a contract, and he would become a UFA. If he does play, Rodrigues will join the long list of Toronto natives to play for his hometown team. Unloading Kapanen's $3.2 million cap hit is huge for Toronto, and he just finished year one of his three year deal. A 2018 2nd rounder, Hallander played in the Swedish Hockey League last year, and he was on team Sweden in the World Juniors in 2019, although he did not record a point in five games. Warsofsky is a depth defenseman with some NHL experience, although he has not played in the NHL since the 2017-18 season. Even with Toronto having a weak blue line, Warsofsky is just a roster space and an AHLer in this deal.

Rodrigues, 27, scored four goals with six assists for 10 points in 45 games for the Penguins and the Buffalo Sabres in 2019-20. In his NHL career for those two teams, Rodrigues has scored 27 goals with 45 assists for 72 points in 199 games.

Hallander, 20, scored five goals with nine assists for 14 points in 27 games for Lulea HF of the Swedish League this past season. In his two year career in Sweden, Hallander has 12 goals with 23 assists for 35 points in 72 games.

Warsofsky, 30, scored 10 goals with 23 assists for 33 points in 51 games for the Scranton/Wilkes-Barre Penguins (AHL). In his NHL career for the Penguins, Boston Bruins, Colorado Avalanche and New Jersey Devils, Warsofsky has two goals with nine assists for 11 points in 55 games.

For the Penguins, Hallander and a first is a rough price for Kapenen, a middle-six winger. Although, he will likely play with either Sidney Crosby or Evgeni Malkin in Pittsburgh, which is good news for him. The Penguins obviously like the young winger, as they drafted him 22nd overall in 2014, before trading him to Toronto a year later in the Phil Kessel deal. Kapanen had a breakout year in 2018-19, scoring 20 goals with 44 points as he was a pending RFA. However, he regressed in 2019-20, although being on Crosby or Malkin's wing will definitely help his production go up. They also get Aberg, a forward who only played in five NHL games this year. He scored 11 goals in 37 games with the Ducks to start off 2018-19, but he struggled after a trade to Minnesota. A 4th round pick in 2015, Lindgren came over from Finland for the AHL playoffs last year, and appeared in 31 games for the Marlins in 2019-20.

Lindgren, 23, had one goal with eight assists for nine points in 31 games for the Toronto Marlies this past season.