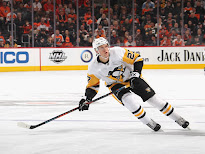 The Minnesota Wild have acquired F Nick Bjugstad from the Pittsburgh Penguins in exchange for a conditional 2021 7th round pick.

The Penguins had just under $6.95 million in projected cap space prior to this trade, with Justin Schultz and Conor Sheary pending UFAs, and Matt Murray, Tristan Jarry, Dominik Simon and Jared McCann becoming RFAs. While one of the two goalies could be dealt, the Penguins are once again dealing with cap issues. This trade helps that, as Bjugstad has one more year left on his contract, with a $4.1 million cap hit. Bjugstad was born in Minneapolis, and he could be a success gamble for the Wild. A 2010 first rounder, Bjugstad had 49 points as recent as 2017-18, although he was traded the next season to Pittsburgh, and cannot stay healthy. Lower body injuries led to multiple surgeries, and just 13 games played, none of which came in the playoffs.

For the Wild, this is definitely a worthy trade, as a conditional 7th round pick is next to nothing. While a $4.1 million cap hit is hefty, it is only for one season, and the team has a bunch of cap space without many key players needing new deals. He can play both center and wing, and he has multiple connections to Minnesota. Not only was he born in the state, his uncle Scott played in parts of five seasons for the Minnesota North Stars, and he scored 43 goals in 1985-86.

Bjugstad, 28, scored one goal with one assist for two points in 13 games for the Penguins this past season. In his NHL career for the Penguins and Florida Panthers, Bjugstad has scored 97 goals with 110 assists for 207 points in 439 games.