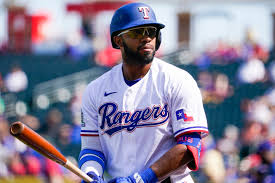 This trade is not one that you can decipher quickly. There is money, underperforming players and prospects all involved, and the values slide towards the Rangers. In December, Evan Grant of the Dallas News wrote an article detailing the Rangers' desire to move Isiah Kiner-Falefa from third base to shortstop, replacing Andrus. This put the Rangers in a tough spot with Andrus that they are now able to escape. Basically, Andrus is owed $14 million in both 2021 and 2022. But, he had a club option worth $15 million for 2023. If he got traded, and he just did, that would become a player option, as long as he reaches 550 Plate Appearances in 2022, or 1,100 Plate Appearances in 2021 and 2022 combined. Given that Andrus will be 34 in two years, and that he isn't worth $15 million this year, it is just about guaranteed that Andrus will be under contract for three years if he hits one of those marks. While they do shed Davis' salary, and about $13.5 million in cash back, it would have been smarter for Oakland to up their offer to one of Didi Gregorius, Marcus Semien and Andrelton Simmons, the top three shortstops on the market, or wait a year when just about every good shortstop in the league will be a free agent. Plus, they could have traded Davis away in a separate deal, and had a better and younger starting shortstop with less money on their hands, plus they could have kept the two prospects. Andrus has not had an OPS+ over 80 since 2017, and even an 80 OPS+ is below average. He is normally a good defender, but last year he had -3 outs above average. Once again, Semien and Simmons would be better defensive options. He had an awful .233 xBA with a 26.3 ft/s sprint speed, which were both career lows in the statcast era. Garcia is not young, but he has raked in the minors. He has an OPS of .801 in his AAA career. He will be a better offensive backup right now than Heim.

I love this trade for the Rangers. Davis is not a big commitment, as he has one year remaining on his contract at $16.75 million. If you add the $13.5 million they give to Oakland, the Rangers will end up paying $30.25 million, which is just slightly above the $28 million they owed to Andrus. Plus, they swap Garcia for two prospects. MLB Pipeline ranked Heim as Oakland's 9th best prospect prior to the trade. He debuted in 2020, after posting an .863 OPS in 85 games between AA and AAA in 2019. The Rangers could run out an exciting young catching tandem of Heim and Sam Huff, the second best prospect in the organization who also debuted in 2020. Acker was a 4th round pick by the A's in 2020 out of Oklahoma. Because of the cancellation of the minor league season, Acker is yet to appear in a professional game. The main player who will affect the team in 2020 is Davis, who used to be a 40 home run machine, but struggled in both 2019 and 2020, and he was limited to 30 games last year. From 2016-2018, Davis hit the ball as hard as anyone. In a small sample size last year, that just didn't happen. Davis had an average exit velocity of just 87.7 mph, with a weak 31.1 hard hit percentage. Plus, he struck out over 26 percent of the time. The Rangers will have a big hit-or-miss middle of the order with Davis and Joey Gallo, assuming Gallo isn't traded.